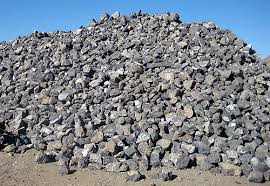 Albanian exports towards Spain have doubled in value during the first six months of this year.

Compared to the same period last year, there has been a significant increase from 6.5 billion lek to 12.6 billion ALL.

INSTAT data shows that Spain was has mostly imported from Albania minerals and fuel, amounting to 10.4 billion ALL. This accounts for one third of all exports in this goods category, making Spain the main destination for this industry’s sales outside the country.

Spain’s imports are followed by the “textile and shoes” goods category, with over 1 billion ALL in revenue.

Exports also include goods such as “food, drinks and tobacco”, although in significantly lower values compared to total exports, with just 557 million ALL for the first half of the year.

Trade relations between the two countries speak in favor of Albania, which recorded a 6.1 billion lek trade surplus.

How much electricity did Albania import and export in 2019?

Energy performance, WEF: Albania at the top of the region

Energy production in Albania increased by 89% last year in Albania