Energy consumption in Albania, growth by 7.3% 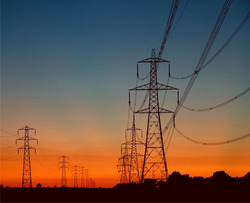 After Malta and Turkey, Albania is the third country in Europe to increase electricity consumption in 2017. This is said by the European Agency’s most recent official statistics. According to these data, energy consumption in our country has increased by 7.3% in 2017, while in Malta growth is fixed at 12.9%. The European average is fixed at 0.9%, while in some states of the old continent is recorded a decline in consumption.

Despite being one of the countries with the largest growth in consumption in Europe, Albania continues to be one of the least energy-consuming countries in the continent. Electricity is the main source of heat and cooking in our country, unlike the vast majority of European countries. In terms of consumption, Albania is also third in Europe, but for a negative record, as the least-consumer country, with only 2.3 units of measure, which are millions of equivalent oil equivalent.

Albania consumes less electricity than countries with a convincingly smaller population, such as Kosovo, Macedonia, or Luxembourg. Since 2006, the annual average growth of electricity consumption in our country is fixed at 1.2%, Eurostat says.

How much electricity did Albania import and export in 2019?

Energy performance, WEF: Albania at the top of the region

Energy production in Albania increased by 89% last year in Albania